An 8ft high mural depicting the face behind the urban renewal of inner city Newcastle has been unveiled on Market Square, in the heart of Hunter Street Mall. Pakistani artist Shehzar Abro and creative collective The Roost are behind the initiative that pays tribute to the founder of Renew Newcastle, Marcus Westbury. The artwork adorns the face of a heritage building that is home to The Roost and newly opened Newcastle Transport office.

It’s been almost a decade since the revitalisation of Hunter Street Mall was sparked by Renew Newcastle and the transformation of the area is now undeniable. The impact has allowed creative and cultural institutions such as Renew alumni The Roost to establish themselves and provide a space for artists like Shehzar to create and share their stories with the community.

The inspiration behind the project came when the 19-year-old began researching more about his new hometown and co-working space.

“When I joined the The Roost, a community of independent creative, I set about to understand how it originated. Just like various other businesses in Hunter St Mall, The Roost only came to existence after a major revitalization movement took place in the area,” said Mr Abro. 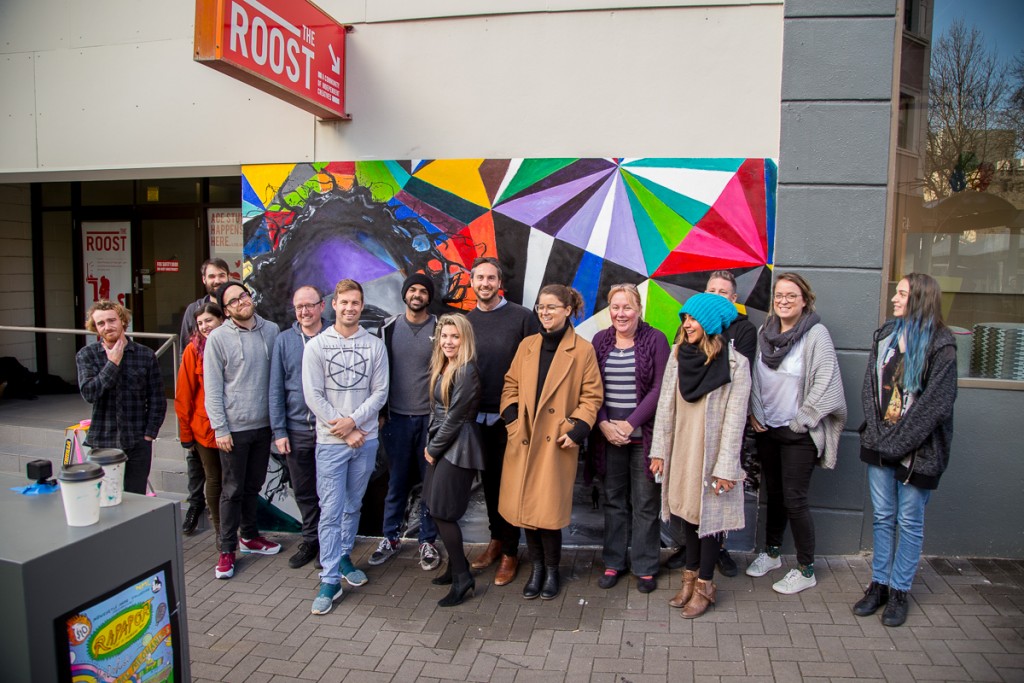 Born and raised in Karachi, a city that accommodates 27 million people and produces a larger amount of artistic talent than most other cities in the world, Shehzar was impressed by the prevalence of Newcastle’s street art scene. This thriving backdrop presented the perfect opportunity for the young artist to showcase his skills and perspective on a public scale.

“Marcus Westbury, an ordinary man with an extraordinary idea founded Renew Newcastle; an organization that solved the problem of an empty Central Business District. The mural utilizes his likeness in front of a photograph of historic Hunter St Mall from the University of Newcastle’s Ralph Snowball Collection. These elements are placed in conjunction with psychedelic patterns to symbolize a vivid era of revival.

“It was important to me that locals and visitors like myself could acknowledge the enormous difference that people like Marcus make to their cities. His influence has shaped my interaction with Newcastle, so this mural aims to not only pay respect to that, but to also raise awareness and encourage revolutionary ideas,” said Mr Abro. 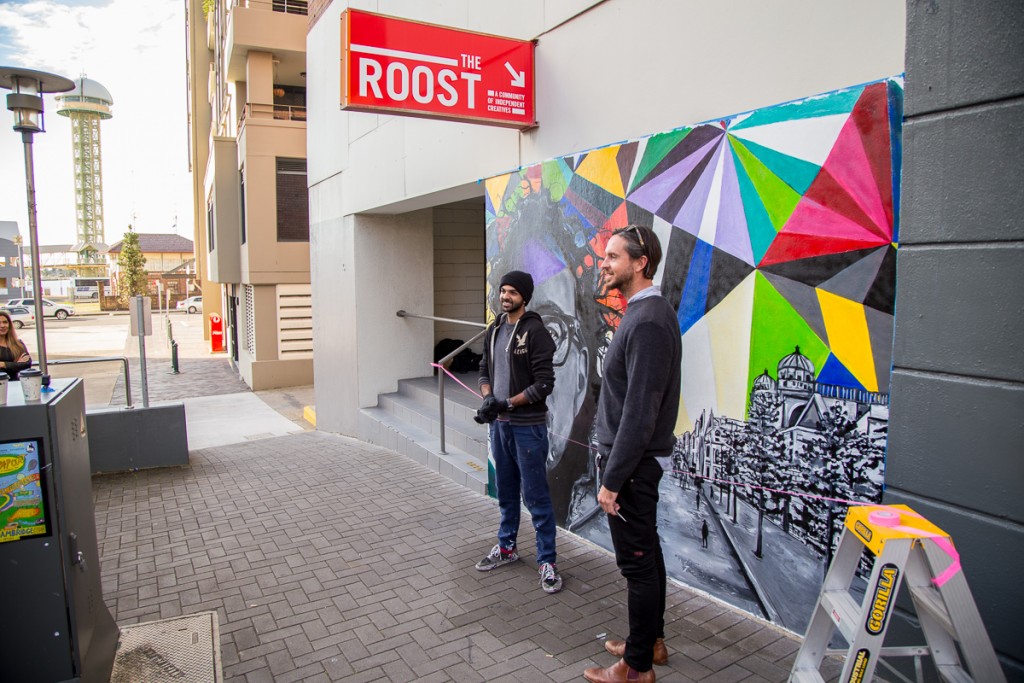 Manager of The Roost, Bec Dujin, said their association had backed the mural through financial and in-kind support, as the project was a powerful and permanent message that spoke volumes about the importance of culture and creativity in shaping communities.

“It serves as a reminder that creative ideas come to life when individuals stand up and take ownership of them, often with risk to themselves, usually in a do-it-yourself and self-funded approach and most always with a whole host of challenges, which I’m sure would’ve been the case in Marcus’ instance.

“The unfortunate thing is that it’s not often until after these ideas are implemented that their value is appreciated and understood – even if that value is intangible. What we need next is a culture shift to support experimentation and ideas in their earlier stages, with more of a focus on process than a fixed outcome, so that true creative innovation can occur,” said Miss Dujin. 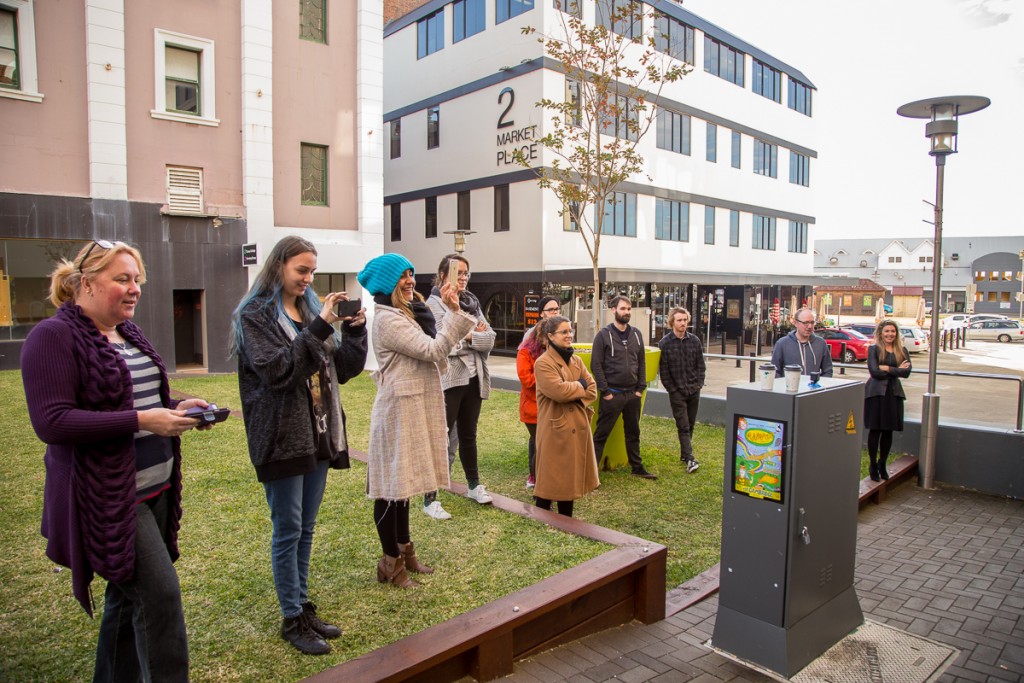 The mural will be putting Newcastle on a global stage, thanks to Shehzar’s 65,000+ social media following. He intends to continue spreading stories, history and ideas across more wall spaces and sites throughout Australia and beyond.

For more information about the artist visit www.shehzarsart.com and follow his Instagram blog @shehzarsart. To find out about The Roost head over to www.theroostcreative.com.au 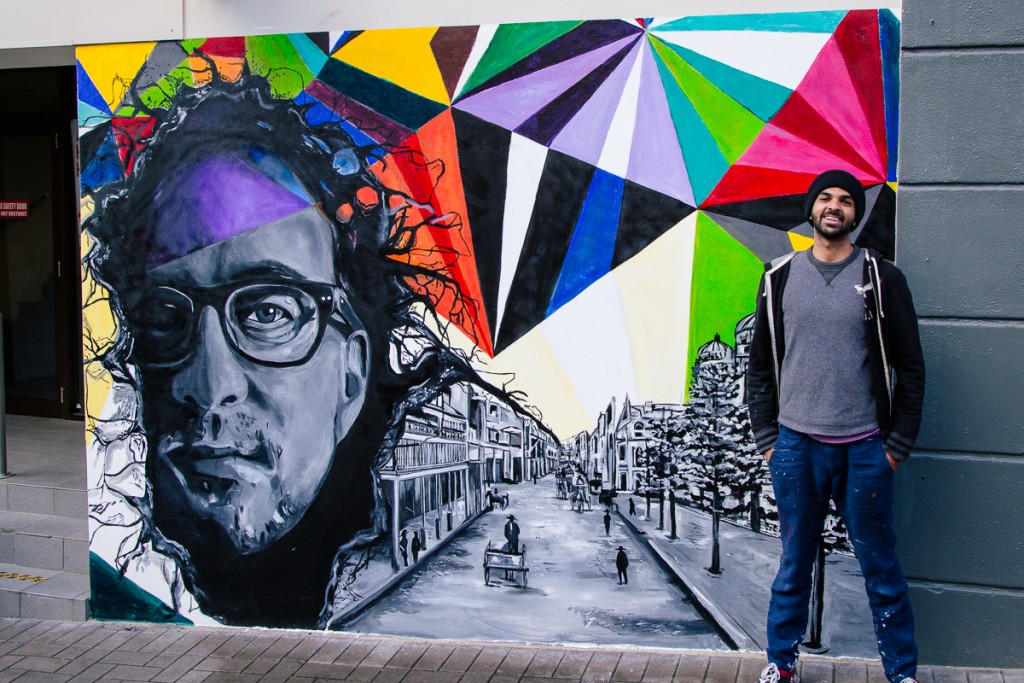 Read the article published in The Newcastle Herald Here: http://www.theherald.com.au/story/4775151/shehzar-abro-mural-brings-mall-a-fresh-face/